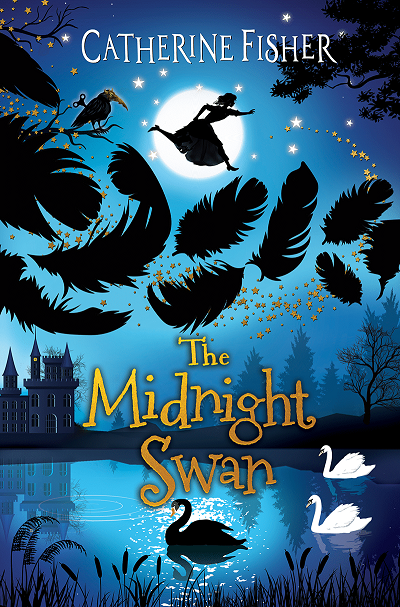 Please don’t feel upset. I was so sure the alchemist in Wolverhampton would be the answer to your problem and it was such a shame that he blew himself up just before I got to speak to him. But don’t despair, dear brother! We will get you back to your human shape!

Not surprisingly, the Clockwork Crow is less than reassured by this letter from his brother Enoch. This is the third book in the Clockwork Crow trilogy: as we begin, the enchanted Crow is still trying to regain his human form, the Tylwyth Teg (you can call them fairies if you like, but it doesn’t convey their alien-ness or malevolence) are still trying to get into Plas y Fran, the house they view as theirs, and Seren, the orphan girl taken in by the family who live there, is still wondering exactly what her position in the household is and whether she can feel secure.

The acid-tongued, cantankerous Crow is on excellent form – witness his story about the young woman for whom his fancy, years ago, was the start of his troubles:

“What happened to the young lady?” Tomos asked suddenly, as if he had been thinking over the story. “The one who asked for the rose?”
The Crow scowled. “She married a farmer. And I dare say she deserved it.”

The Crow, Seren and Tomos have to venture into the otherworld again to complete a quest which promises to give the Crow what he needs, and it is as scary and beguiling a place as ever. Seren, meanwhile has her own worries and desires:

But the hare didn’t answer at all. And when Seren looked into its eyes she saw they were filled with the silver light of the moon and for a moment all she wanted to do was stay there too, and stare and stare at the alien cratered surface, so that its brilliant light filled all her eyes and her head and her brain and…
“Seren!” Tomos whispered. [..]
Seren followed but she couldn’t help looking back. The hare had not moved. And if it could see into the future…
“Are they going to send me away?” she whispered.
The hare’s eyes were pools of moonlight. For a moment she thought it hadn’t heard her but then it said softly, “There is no such place as away”.

One of the little verses that serve as chapter epigraphs reads “Wish for love, wish for treasure/wish for someone else’s pleasure”. There is a moral dimension to the story, not in the sense of a clunking Victorian children’s novel but reminiscent of the much-missed TV quest-game Knightmare, in which it was literally impossible to win unless you were prepared to be altruistic. It becomes clear that this quest too cannot be won unless people sometimes put the interests of others before their own; there may be no such place as away but there is certainly such a thing as society.

The fact that this is a pacy, terrific page-turner will come as no surprise to those who have read The Clockwork Crow and The Velvet Fox. As usual, I read it for the first time at breakneck pace, desperate to find out what happened next and how it ended, and then had to go back and take things more slowly, to savour the spellbinding prose. It’s a fitting end to a fine series.

Recent Posts from This Journal